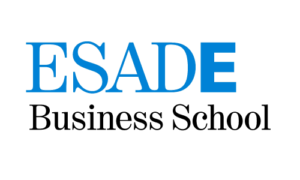 ESADE (Escola Superior d’Administració i Direcció d’Empreses) is a private Jesuit educational institution within the Ramon Llull University, in Barcelona, Catalonia, Spain. ESADE runs two schools of the university, ESADE Business School and ESADE Law School, as well as a language center, the ESADE Executive Language Center. The school has also formed a strategic alliance with the Ramon Llull University in its undergraduate programmes in Law and Business

The ESADE project was conceived in the spring of 1954 by a group of Spanish professionals and entrepreneurs who later founded the university. The school signed an agreement with the Jesuits (Societas Iesu) in October 1958 and started offering its first academic programs in a small building in the district of Sant Gervasi, Barcelona.

In 1958, ESADE was ultimately founded. Two years later, in 1960, executive education programmes were introduced. In 1964 the college’s MBA programme was established. A year later, in 1965, ESADE’s Barcelona campus (Av. Pedralbes) opened (Building I), as well as the Executive Language Centre. In 1993, ESADE Law School opened. In 2001, the school inaugurated its campus in Madrid (Chamartín), and two years later its campus in Buenos Aires, Argentina. Both are primarily used for executive education. In 2009 ESADE opened a new campus in Sant Cugat (Barcelona) as well as ESADE Creapolis, a technology park based on open innovation and situated on the new Sant Cugat campus.

Today ESADE’s campuses, if the premises in both Madrid and Barcelona are included, cover an area of 30,000m2.